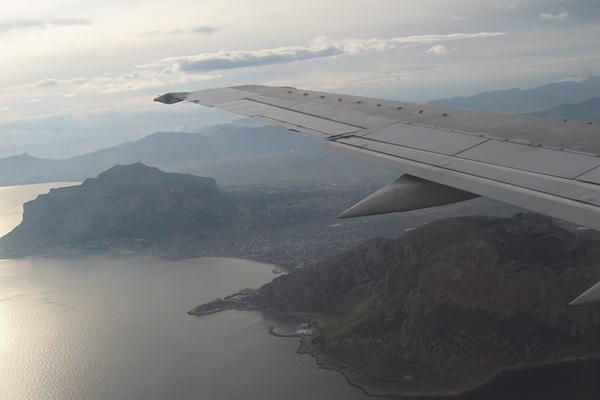 Palermo airports have a long history in Sicily. The first airport was built here in the 1920’s, and with the opening of the Palermo airport Sicily was well and truly linked to the mainland. Palermo’s Boccadifalco airport was located in the outskirts of town in those days, and was one of Italy’s first airfields.

However, Boccadifalco was unable to keep up with Palermo’s swift pace of growth and development. It had been heavily used in World War II by Allied forces, and as the third busiest airport in Italy in the 1950’s and 1960’s, the town council quickly moved for the building of another airport. When the new airport opened in 1960, Boccadifalco began its transition to private and regional travel.

Now, you can charter flights here for personal travel, or catch regional connections to Enna and the Aeolian Islands. This older Palermo airport has been surrounded by the city, making it just a few minutes journey from the central zone. Buses and taxis provide access.

If you fly into Palermo, it is much more likely now that you will arrive at the modern Palermo International airport. This airport provides regional and international connections, and sits 22 miles outside of the main town area in a zone known as Punta Raisi. In this Palermo airport, Italy maintains one of its busiest hubs.

The airport is even busier in the summer, when many additional direct flights to the island are added to accommodate the summer high season demand. Eurofly offers direct service from JFK to Palermo in July – October. Delta and Alitalia offer connecting service through Milan, and travelers connecting to Dublin or London can catch a Ryanair flight to the island.

Getting to and from the Palermo International airport is simple, and there are many choices for the way to do it. The choice depends on the relative value you place on time and money.

Traveling by taxi provides the most prompt service, although you should expect to pay between €50 – €70 for your fare. Taxis serve the airport around the clock, but you should always settle on a fare price before taking the taxi and be sure that the dispatcher understands your destination.

Train service to and from the International airport picks up and drops off travelers at the Centrale, Notarbartolo, and Francia stations. Service runs regularly throughout the day, averaging about two trains per hour. Train fare is €8.

Buses are another popular option, and the information desk can help you match a bus route to your hotel. Buses leave every 30 minutes for the central train station and stop at the Politeamo, providing multiple opportunities for other connections. Bus fare is €5.30 and buses run from 4 am to 11 pm.