Other Things to do View All

Palermo is a vibrant city with plenty to see and do but one of the most popular reasons for a visit to this Sicily city is the beaches. The beaches of Palermo are enjoyed by tourists all over the world. A cultural and economic hub of Italy, Palermo attracts thousands of tourists throughout the year. Most of the visitors to Palermo are there for one single reason: the city and the beaches of Palermo tend to have year round, warm, Mediterranean weather, and plenty of sunshine!

The coastline of Palermo is lined with small beaches and the water is sprinkled with colors of blue and green. The seafloor is made is lined with seaweed but this creates the ideal environment for many small fish and other sea creatures that are interesting to see. Snorkeling is a popular activity at many of the Palermo beaches but you may find that simply taking a walk down the beach at sunset is your favorite pass time. The sunset casts a vibrant orange glow over the city of Palermo which is most beautifully viewed from the coastal areas.

There are several beaches in Sicily that are in or very near Palermo including Mondello, Aspra, Cefalu, San Vito Lo Capo, Isola delle Femmine, and Arenella. Each of these beaches is located either directly in the city of Palermo or within an hour’s drive from the city itself. Mondello is the largest beach in Palermo and is the closest to the city while Cefalu and San Vito Lo Capo are both about an hour away from Palermo’s city center. 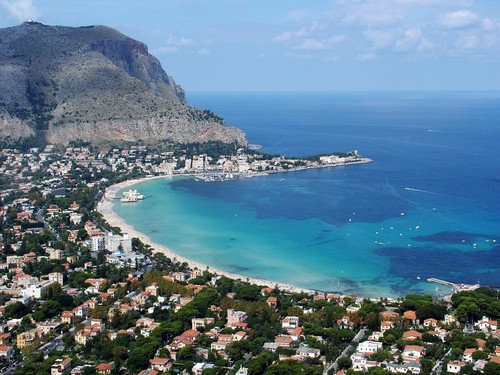 The golden sands of Mondello Beach or Mondello Lido as the locals would call it are truly spectacular. What was once a swampland, Mondello was transformed in the early 1900s and is now lined with mansions and villas. This Palermo beach attracts visitors both local and from far beyond in search of sun, sand and sea. Boating and other popular water activities keep visitors in the surf for much of their time on the beach and local restaurants serve some of the freshest seafood dishes around.

Located very close to Palermo, Aspra is a small fishing village just to the east of the main city. The colorful wooden boats are somewhat of a trademark for the village and can often be seen in the Gulf just off the beach. This small public beach is widely known for having some of the best ice cream in all of Sicily, and of course, beautiful sunsets too. The warm Mediterranean Sea is ideal most of the year and during the end of summer months just before fall the beaches aren’t typically as crowded. 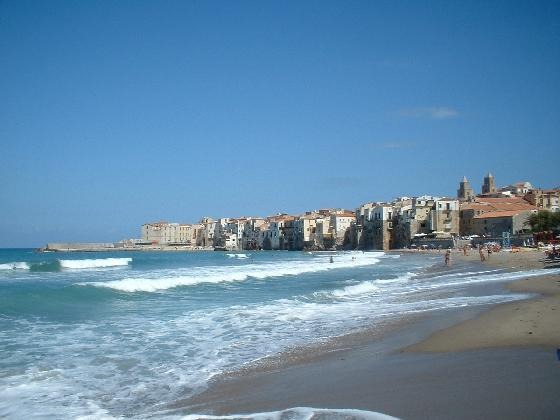 Somewhat a forgotten jewel of the northern coast of Sicily, Cefalu is about an hour east of Palermo but well worth the drive. This Palermo beach is long and golden, features public showers and is real easy to get to. Some areas of the beach offer lifeguards and watchtowers that make this the ideal Palermo beach for families with children. Although the cost to enter the beach may be reduced as you move away from the town center, the seafloor tends to become rockier as you go too so try to stay closer to the main town to enjoy the best parts of the beach. 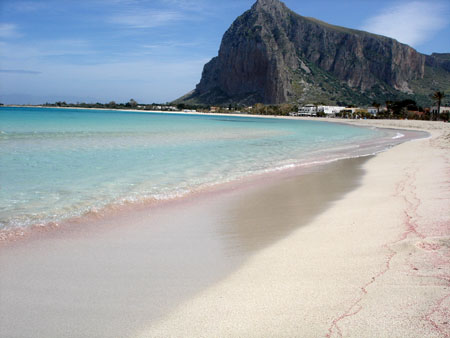 San Vito Lo Capo is a small coastal resort town that is located an hour or so west of Palermo. Golden sands and clear water have resulted in many visitors naming this beach the Caribbean of Italy. Many local vacationers flock to San Vito Lo Capo to enjoy the beach and the Mediterranean flavors that come out of the many small restaurants along the beach. Fresh fish, intense aromas, panoramic views, and miles of pristine coastline with some of the cleanest water in Sicily make san Vito Lo Capo one of the most unforgettable beaches in Palermo.

Rarely ever crowded, Arenella Beach is quaint and quiet yet impeccable. The sand is soft and golden and the water is quite clean and warm. Arenella is actually located in the heart of a city and there are many commercial and residential buildings nearby that feature restaurants, shopping and other local establishments as well as homes. The beach is accessible by a number of small alley ways that run from the main road to the bay.