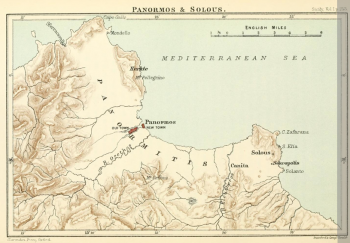 In the earliest days of Sicilian history, the island was inhabited by a race of people known as the Sicani. They may have arrived as early as 8,000 BC, and their art decorates the cave wall in Adduara just outside Palermo. They lived relatively untouched until 734 BC, when invaders came in from the sea.

The Sicani were overtaken by the Phoenicians, who sailed up from ancient Canaan to found a settlement that they called Ziz, which grew into what is now Palermo. However, the Phoenicians were unable to enjoy the rich harbor alone, thanks to their strong Greek neighbors.