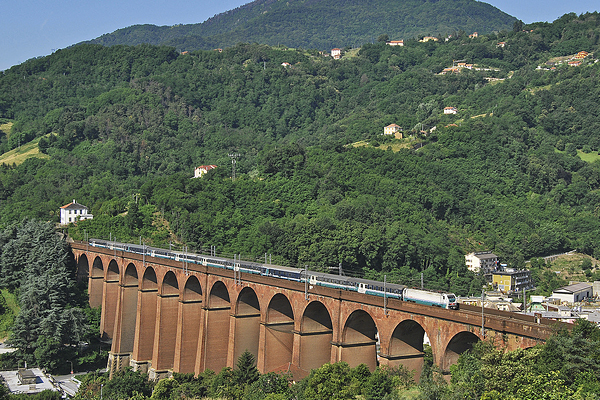 Many people who are not familiar with Sicily think of it as a small Italian island and forget that it is a regional power with its own train networks. It is also connected back to the mainland via the bridges over the Messina straights. In Palermo, train service is regular, reliable, inexpensive and a convenient way to move between destinations.

To get your ticket, you can either buy a ticket online from TrenItalia, or you can purchase a ticket directly at the station. Generally, for local travel most tickets can be bought from either the train agent or one of the machines at the station.

You will need to validate your ticket before you get on the train at a validation machine. Conductors may not seem to be in evidence, but they do check ticket holders periodically and assess instant fines for not having a valid ticket to travel.

Palermo trains operate out of district stations and offer service from the center of town to the harbor, suburbs, and local outposts such as Bagheria. Daily service is light in the early and late evening hours but quite regular throughout the day and especially at peak hours. Do not expect a seat during rush hours, which are between 8 – 9 am and 12 – 1 pm.

There are multiple daily departures between Palermo and the other towns in Sicily. In general, for ease of travel, if you are using the trains for exploring the island you will want to mimic the American hub and spoke system. Use Palermo or Catania as your hub and then spoke out to the smaller towns.

While this may seem like it encourages backtracking, remember that its all about the schedule. There are frequent trains into the main cities, but not as many trains linking the smaller towns to each other. To avoid spending extra time in the countryside, it is best to return to the main city.

Two of the most popular long distance train connections back to the mainland arrive at the Palermo train station from Rome and Naples. Tickets for the overnight Palermo train to the mainland do sell out, especially in the high season, so you will want to reserve these tickets in advance. In some cases, you may be able to purchase them from a travel agent at your hotel, who can help you with booking a sleeper chamber.