The Kingdom of Sicily and Naples 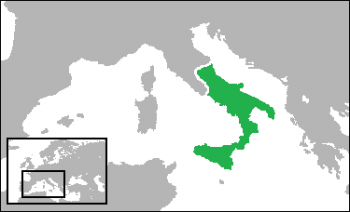 The next chapter in the history of Palermo saw the rise of the Kingdom of Sicily and Naples. In 1194, the Holy Roman Empire conquered the island, and the Palazzo dei Normanni became the regional palace.

Traded between English, Spanish, and Germanic kings, Palermo continued to grow in prosperity and beauty. It was one of the wealthiest states in all of Europe, and lavish buildings testified to its riches. Baroque architecture dominated the development, and these buildings have been well maintained for modern visitors to explore.

United with the Kingdom of Naples in 1734, Palermo lost a bit of its former importance. Further conquests and challenges peaked in 1848, with a major revolutionary upheaval. Things didn’t settle again until 1860, when the Kingdom of Italy annexed the island and reinvested in development. The Via della Liberta was born, along with many Art Deco and Liberty Style buildings such as the Grand Hotel Villa Igeia.