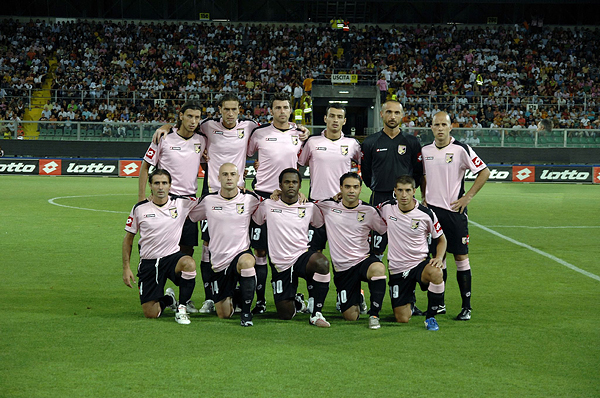 Soccer is one of the most popular sports in the world, and the Palermo soccer team is one of Italy’s most prominent football organizations. With more than 100 years of history, the football tradition in Palermo is strong. On game night, soccer fans flock to the stadium, and if you’d like to experience real Italian soccer a night at the stadium is a memorable way to do it.

In Italy, soccer teams are a point of intense national and local pride. The local team is supported almost religiously, and heaven help anyone from the outside who dares to critique the native sons. Locals, of course, discuss every aspect of each player’s performance, and the coaching, and the funding, and the refereeing, and the . . . well, you get the idea. Many of the wild gestures and raised voices you see in the Piazzas over coffee and drinks have their root in the most recent Palermo soccer match.

You can spot real fans not just by their animated ways. The local team colors are pink and black, and the symbol of the team is a golden eagle taking flight. Jerseys, patches, vehicle decals, and even tattoos around the city bear the mark. The team was founded in 1900, so the locals have had more than 100 years to grow their pride.

Home matches are held in the Stadio Renzo Barbera, which is in the Favorita neighborhood. The stadium holds just under 35,000 fans. A new stadium is planned, but no move has been made at present. Tickets are available through a number of online vendors, the concierges at hotels, and at the stadium directly.

The biggest matches are against Catania. All over Italy, soccer teams and soccer fans tune in to watch what are known as the “Sicilian Derbies”, which are the fiercely fought matches between the two teams. If you are lucky enough (locals will turn absolutely green with envy) to have tickets, be prepared for a loud and boisterous crowd.

Coaching changes on the Palermo soccer team have made the last few seasons a bit uneven for the squad. Traditionally, Palermo soccer is a Serie A team with strong Champions League chances and several UEFA Cups. What the upcoming seasons will bring is anyone’s guess, but if you like the sport, or just want to experience Palermo natives at their proudest, venturing out to the Stadio Renzo Barbera will be a memory to be treasured.